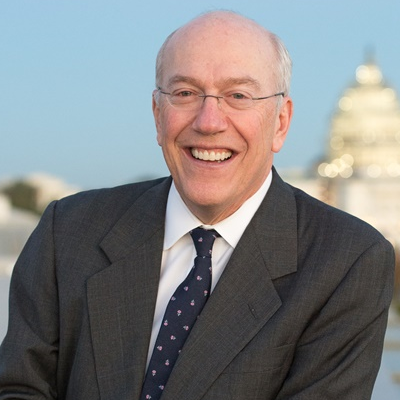 Kurt Newman, MD, President and Chief Executive Officer, is a surgeon and a recognized leader on pediatric health issues, nationally and in Washington, D.C.

Since becoming CEO in 2011, he has fostered a culture committed to advancing care and research by putting patients first and actively championed innovations in research, operations, and clinical care. He has forged creative and productive partnerships with other health systems in the region, with government and community entities and with industry, at the local, national, and global level. He is also a strong advocate for expanding mental health access for kids and has led two national forums on this issue.

Dr. Newman joined Children’s National as a surgical fellow in 1984, becoming the Surgeon-In-Chief and Senior Vice President for the Joseph E. Robert, Jr. Center for Surgical Care in 2003. He was instrumental in developing the vision for the Sheikh Zayed Institute for Pediatric Surgical Innovation at Children’s National, inspired by the audacious goal of making surgery for children minimally invasive and pain free. When the Institute was made possible in 2009 through a transformational $150 Million gift, Dr. Newman served as its Founding Vice President.

Dr. Newman is a Professor of Surgery and Pediatrics at the George Washington University School of Medicine and Public Health. He is a graduate of the University of North Carolina at Chapel Hill and received his medical education at Duke University. He completed his surgical residency at the Brigham and Women's Hospital and also served as the Arthur Tracy Cabot Fellow at Harvard Medical School.

He is the author of Healing Children, A Surgeon’s Stories from the Frontiers of Pediatric Medicine, published by Penguin Random House.